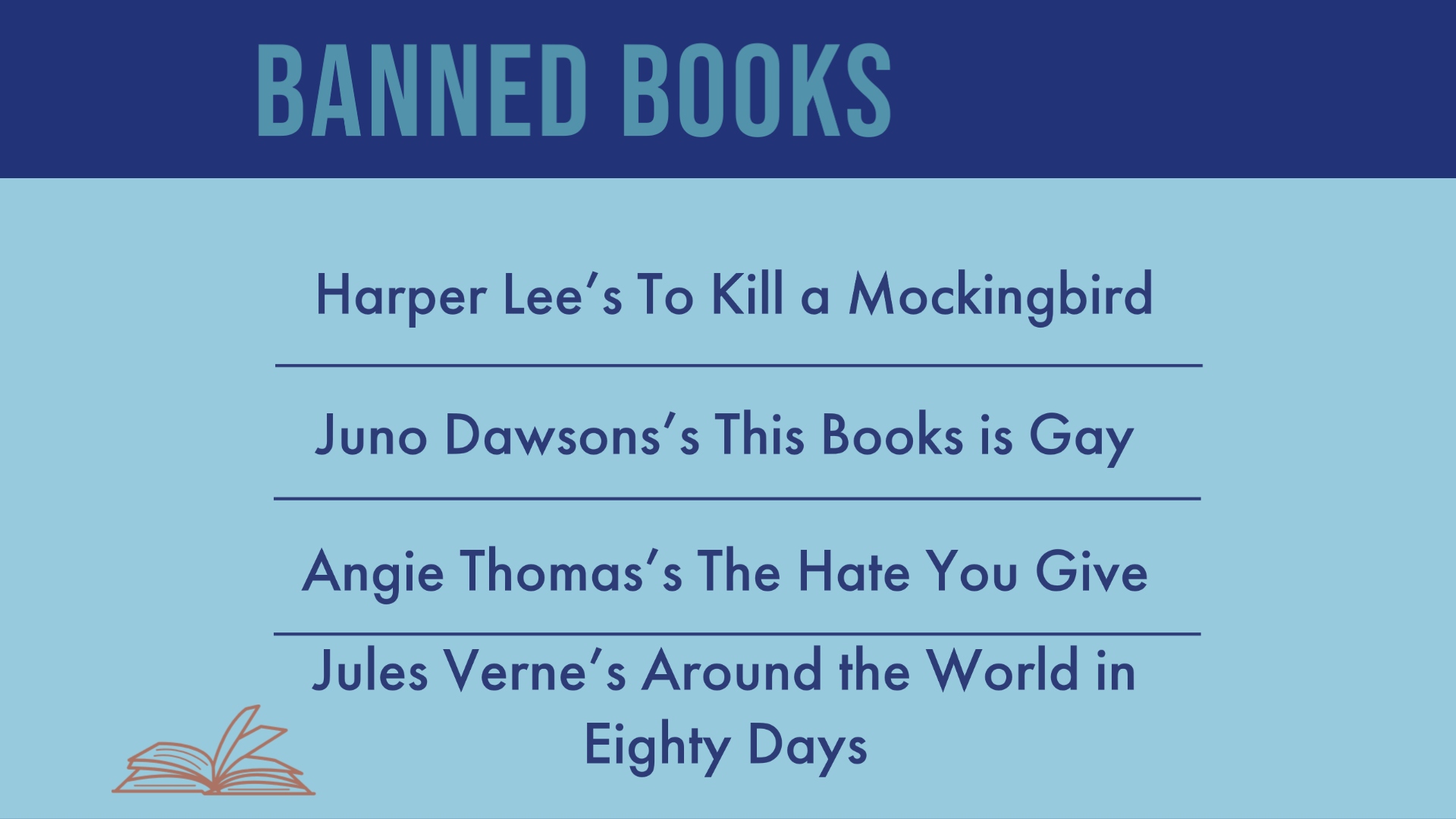 Home National News Books and why they are banned

Book bans reached an all-time peak during the pandemic, according to the American Library Association’s Office for Intellectual Freedom. In 2020, book challenges numbered around 150, but this raised significantly by 2021, with more than 700 challenges to over 1,000 books. While most challenges come from parents and organized religious groups, in 2021 Texas Gov. Greg Abbot pushed for a statewide ban on books that he believes are obscene. Texas State Rep. Matt Krause sponsored this new bill and wrote to Texas school districts with a list of books he saw as unfit for children, demanding they be removed.

The list had more than 800 books on it, most of them written by African American or LGBTQ+ authors.

It is not just new age “woke” books that are being challenged. Classics such as Shakespeare’s “Macbeth,” Herman Melville’s “Moby Dick” and Katherine Paterson’s “Bridge to Terabithia” are all being challenged in classrooms across the nation.

This is the idea of the National Council for Teachers of English’s The Students’ Right to Read. The goal of this organization is to promote the idea that if books are taken off the shelves to protect one student, it might hinder the development of another student by them not having access to the book.

Libraries have a gap when it comes to diversity. Most students never see themselves represented in the classroom’s content. “It’s the idea that by diversifying our classrooms and diversifying the content that we’re reaching more of the students that we have,” White said.

US Congressman Aaron Schock Responds to Ethics Questions, and One State...