Western Goes 1-for-1 in the Two game Home Stand

Men’s Soccer Still Trying to Turn Their Season Around 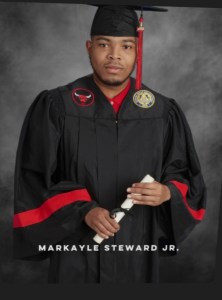 Without a doubt, it is a busy schedule. To most people, this schedule would contribute to a successful time in college, but for Western Illinois University (WIU) Junior Markayle Steward this rigorous schedule contributes to a much bigger factor, not becoming a statistic on the streets of Chicago, or “Chiraq,” which is a name that was given to the city after 4,265 citizens were killed in Chicago between 2003 and 2012 according to abc7chicago.com.

Growing up on the city’s West Side, starting at a young age, Steward witnessed people he went to school with gangbanging, going to jail, selling drugs, getting shot, and dying, which motivated him to learn from his peers’ mistakes and find a way out.

“I would honestly rather be known as the weird boy with the camera, than somebody that had a lot of money and died,” Steward said passionately. “It is okay to be from the hood, but it is not okay to act like them and be something you know in your soul that you are not.”

As a result of Steward’s desire to find a way out, he chose to attend WIU in August of 2020 because the culture was positive, the community was different and there wasn’t a ton of negativity.

“It felt like I belonged here because I made a genuine connection with some students from a Facebook group chat,” Steward said smiling. “Some of the classes were hard but I managed to finish my freshman year with a 3.8 GPA after having a 2.6 the first semester. It was challenging but I had to condition myself to become disciplined to get my work done and become a better student.”

Today, Steward chooses to focus on doing well in all of his classes and utilizes his free time making content for youtube and TikTok to accomplish one of his biggest goals, becoming a marketing manager for a professional sports team.

“I think I will be at a lost for words when I get my first big job in the marketing industry because it will be sending a message to kids that grew up in the same environment as me that there are other ways to make money besides selling drugs and killing people,” Steward said while shaking his head. “I will officially have made it out.”